We see that you have personalized your site experience by adding your child's date of birth and gender on site. We would love to send you the best offers relevant for your child from time to time and so we have added these details to your FirstCry.ae account details.
Undo

Thanks for sharing your pincode.

To edit, navigate to any product page on site and update pincode in the delivery information section. Product Expiry: on or after  [?]The product that you receive might have a later expiry date than shown in the display. Please check the physical product to verify the expiry.

Add FirstCry Assembly Service to this order at AED 99

Try this product at the time of delivery. How it works?

Sorry,this item is currently not available for Try & Buy

Enable Try-N-Buy during your purchase

Get the refund for the products returned

Ordering for the first time? or opted for COD option

Delivery options and delivery speeds may vary for different locations

Opps, looks like we don't deliver to this location

Assassin’s Creed Chronicles takes players to three distinct civilisations and periods throughout history including the Ming dynasty at the start of its downfall, the Sikh Empire as it prepares for war in India, and the aftermath of the Red October revolution. Designed for masters of stealth who share a passion for rewriting history with games, Assassin’s Creed Chronicles lets players embody Assassins Shao Jun, Arbaaz Mir, and Nikolaï Orelov in a 2.5D re imagining of the Assassin’s Creed universe. Slay from the shadows, master the art of parkour, and take the leap of faith in a collection of stunning, living paintings.Assassin’s creed re imagined. Whether you are a long-time fan of Assassin’s Creed, or a newcomer, Assassin’s Creed Chronicles lets you discover what has made the franchise one of the most celebrated in video game history in a fresh genre for the series. Each chapter is a new beginning and comes with a unique hero from the Assassin’s Creed universe in a never-seen-before setting. While each Assassin’s story stands on its own, the chronicle is tied together narratively. Stealth takes on a new dimension Assassin’s Creed Chronicles brings the thrill of being a Master Assassin to 2.5D. Scout, sneak, and hide to avoid detection. Fool your enemies by using whistles and disguises. Find your target, kill, and escape.Experience a fast and fluid assault course. As in every Assassin’s Creed experience, freedom of movement is essential. Whether you’re running from danger, scaling obstacles, or climbing stealthily, you will feel that you really can do anything.Master three different combat styles. Should you fail to go undetected, you can always take enemies out with style. Each Assassin is equipped with a powerful range of weapons and distinct gadgets, making every experience unique, with a wide assortment of abilities in your arsenal.Navigate multiple planes. Switch between fore, mid, and background environments and choose different paths according to your needs. Open new pathways, complete side missions, grab hidden collectibles, or take the quickest path to your target.

Note: This product is non-returnable.

Items included in the Package:

Your Question has been sucessfully submitted.
You will be notify by an email once as soon as answers your questions.

0.0
5
4
3
2
1
Review This Product
No Rating/Reviews posted by Verified Buyers
See All User Reviews

Tell us if we missed any relevant information on the products?

Thank you for your Feedback 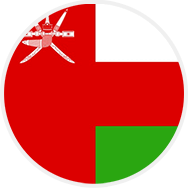 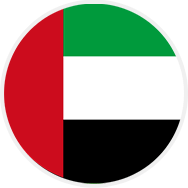 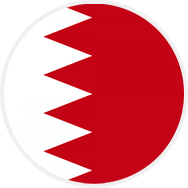 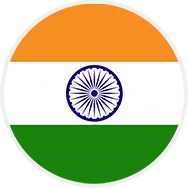 stay on - www.firstcry.ae
Recently Viewed
Please Provide your Email Address & Mobile Number. we will inform you once the product becomes Available
Email
Please enter the email address
Mobile No
Please enter the phone number
notify me
You would be notified by Email and Mobile, Once the Product is in stock
Choose size
Add To Cart
10 Million+
Customers Worldwide

FirstCry.AE ∼ big store for little ones is a one−stop online shopping destination for baby, kids & maternity products and your pass to access expert validated parenting & pregnancy advice & tools. No matter the age we have everything you would need from your baby’s first cry on! To shop from a wide variety of baby, kids and maternity products, visit our category pages for Baby Gear, Baby Clothes, Kids Clothes, Footwear, Toys, Bath & Skin Care, Moms & Maternity, Nursery Furniture, Baby Health & safety, & more. © 2010-2022 www.FirstCry.ae. All rights reserved.This website can be best viewed in resolution width of 1024 and above.